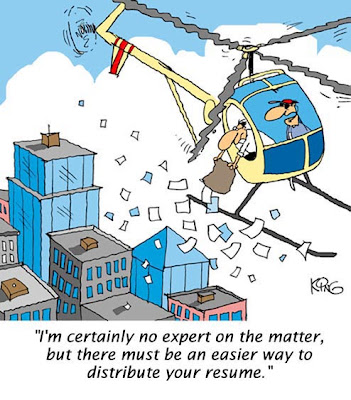 All hail the King!

I’ve admired Jerry King’s work for years. I first noticed his greeting card gags back in the late 1980s when I was submitting card concepts to West Graphics, now owned by Kalan. And Jerry’s only gotten better.

His style is immediately recognizable and the best thing about his work is its immediacy, simplicity, and the fact that it’s just so damn funny. Jerry King draws funny. Even before you read the caption, you start to smile because the way he draws makes you laugh.

Jerry is a pioneer in online cartooning and supplies material to a large number of website clients, in addition to his print customers. He’s also a regular contributor to Playboy, the Holy Grail of cartoon markets (along with The New Yorker).

Check out Jerry’s site and read his interview. Then think about this: In the time it took you to read those 20 questions, Jerry probably drew a half-dozen cartoons and played a round of golf.


1. When you were a kid, did you want to be a cartoonist? Did you draw?

Not really, I just knew I loved to draw. I actually had a dream of becoming a boxer. I won the Golden Gloves and shared the same trainer as heavyweight champ Buster Douglas.

But it was obvious I'm a lot better at cartooning. :)

I landed a job while in high school illustrating children's books. They took a chance on me, and it really worked out.

3. You’ve done cartoons for magazines, websites, greeting cards, books. How did you get into the gag cartoon field?

Once my doodling got good enough, I just started submitting. I feel cartooning is 90% marketing, 10% creating. Creating a panel cartoon is easy; finding someone to buy it is the hard part.

4. Why is the single-panel gag superior to the comic strip?

Many comic strips are old, outdated and boring. Strips appeal to a demographic that dates back to '60s. Panels seem to be much funnier and hipper. I don't even read strips anymore.

5. You’re incredibly prolific. How many cartoons do you draw on an average day?

I can easily do around 10-15 cartoons a day. However, I work at home, and my kids are in my office all day, so I don't get as much done as I used to. I'm selling around 200 cartoons per month. 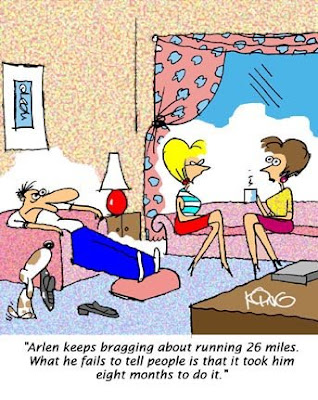 A dog says to his owner in a bar: "Sorry, but I can no longer go on with this charade. Not only am I not your best friend, I'm not even sure I like you at all."

This has sold, but it's been rejected more times than not.

7. What’s the future of gag cartooning?
Magazines? The Internet?

The Internet!!!! Websites are magazine, they just happen to be online. I love doing for magazines, but websites buy more than one cartoon a month, sometimes on a daily or weekly basis. Magazine ads are suffering, and magazines buy maybe a cartoon per month.

9. Who’s hotter, the mom in FAMILY CIRCUS or the mom in DENNIS THE MENACE?

I'd do them both, but Dennis' mom.

Mostly the words comes first, but not all the time.

12. You’ve had a lot of work published in Playboy. What’s Hugh Hefner really like?

Never met him, but he's been choosing my cartoons for 15 years now.

I really don't read books, even though I was an English major. I'm a classic rock guy, Motown, some Country. Mob movies. I hate chick flicks. I'm pretty shallow. ;)

Working at home. Drawing funny pictures and getting paid for it. It's the best job on earth.

Nope. I'd rather meet a paying client than another cartoonist.

DO NOT listen to syndicates, they have no clue what they're doing. There are markets out there that will buy your work. Newspapers are failing, and they pay like sh*t! So, get on the Internet, and start selling cartoons to niche markets.

Awards are a frickin' joke. Jimmy Buffet once said he had never won so much as a talent contest (he finally won in 2003), but we all love his work. But, Britney Spears has won a lot. I have over 20 awards on my wall. I love them, but none of them came with $$.

I come off as silly, but when it comes to my career, I'm a very serious business man.