Blast From My Past 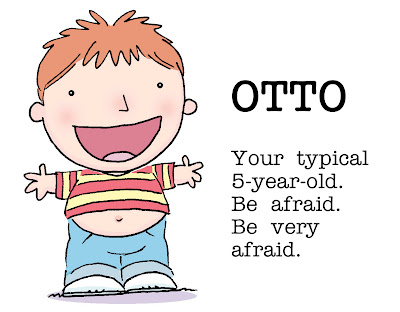 So I did this daily comic strip for a California newspaper a few years back, and I have about 15 months' worth of material and I looked at it again recently and I really quite liked it, even though it comes from a completely different place than EEK!, and I decided to see if UClick was interested and they were, so it's running 3 days a week on GoComics.

You'll see echoes of this strip in GO TEAM BOB and HIS & HERS. It was my first foray* into doing a daily strip and I enjoyed it thoroughly.

Give LITTLE OTTO a look, if you're interested in seeing some of my earlier work.

*I'll dig up samples of a strip I pitched in the early 90s called BOB & BOBO, about a very handy-capable guy in a wheelchair (Bob), his helper monkey (Bobo), and the trainer (Carol) whom Bob has a crush on. It's basically GARFIELD with a monkey (and a guy in a wheelchair).

The indirect inspiration for this little piece of comic strip gold was George Romero's "Monkey Shines," which I rented in 1991 or so.

I'm not sure if I received a personal note from Jay Kennedy about B & B. A hastily scrawled WTF? would've been quite appropriate.
Posted by Scott Nickel at 6:48 PM

How long is this one going to last?